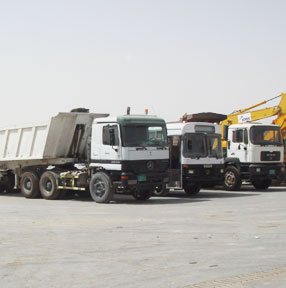 30 years ago, Abu Dhabi maintenance and Construction Co. LLC (ADMAC) was founded by HE Ahmed Khalifa Khalaf Al Mazroui, Ex Deputy Chairman of Abu Dhabi Municipality with the objective of supporting the development of Abu Dhabi and the UAE Nation. ADMAC has grown and developed into one of the leading utility service providers in UAE.

ADMAC has completed and delivered many Sewerage Projects including Central and Western Area Sewerage Connections in 1992, Sewerage of Umm Al Nar in 1994, Sewerage in Mussafah West in 1996, surface Water in Mussafah in 1999 to Mussafah Main Sewage Pumping Station (MPS 17) in 2004 and Main Sewerage of Shams Abu Dhabi in 2007 — and many more. For different Clients ADMAC has Al Ain Water Supply in 1992, Abu Dhabi Water Lines in 1995, Water Distribution in Al Ain in 1999, Water Mains in Mussafah in 2003, and many more.